The Energy Efficiency (Private Rented Property) (England and Wales) Regulations 2015 establish a minimum level of energy efficiency for privately rented property in England and Wales. This means that, from April 2018, landlords of privately rented domestic and non-domestic property in England or Wales must ensure that their properties reach at least an Energy Performance Certificate (EPC) rating of E before granting a new tenancy to new or existing tenants.

Where a landlord believes that an F or G EPC rated property they rent qualifies for an exemption from the minimum energy efficiency standard, an exemption must be registered on the National PRS Exemptions Register. The register service is currently running as a pilot. Landlords who wish to register an exemption for a domestic or non-domestic property as part of this pilot should e-mail the BEIS minimum standards team at This email address is being protected from spambots. You need JavaScript enabled to view it.

As of 1 April 2023, landlords must not continue to let any buildings which have an EPC rating of less than E unless they are exempted.

Who do MEES apply to?

Except as set out below, MEES Regulations apply to all properties requiring an EPC including all residential tenancies let under AT, AST or Company Let.  It does not apply to licences.

The MEES Regulations will not apply to the following:

What are the exemptions?

There are several exemptions from compliance and therefore allow a property to be legally let with an EPC rating below “E”:

In all instances, the exemptions are only valid for five years and cannot be transferred to a new landlord. Also, all exemptions must be registered on the central government PRS Exemptions Register.

If a Landlord breaches the MEES Regulations, the breach will be published on the exemptions register for a minimum of 12 months. Below is the Government Guidance for landlords

Looking at the newspapers between Christmas and New Year, it seemed that this year’s sport in the column inches was to predict the future of the British housing market. So to go along with that these are my thoughts on the Nottingham property market.

With the average 5-year fixed rate mortgage at 1.98% (down from 3.47% in 2014) and 2-year fixed rate at 1.47% (down from 2.37% in 2014), mortgage interest rates offered by lenders are at an all-time low (even with the slight increase on the Bank of England base rate a few months ago). Added to this, there has been a low unemployment rate of 7.7in Nottingham, which has contributed to maintain a decent level demand for property in Nottingham in 2017 (interestingly – an impressive 9,797 Nottingham properties were sold in last 12 months), whilst finally, the number of properties for sale in the city has remained limited, thus providing support for Nottingham house prices, meaning what..…

Nottingham Property Values Are 10.02% Higher Than A Year Ago

However, moving into 2018, there will be greater pressures on people’s incomes as inflation starts to eat into real wage packet growth, which will wield a snowballing strain on consumer confidence. Interestingly though, information from the website Rightmove suggested over a third of property it had on its books in October and November had their asking prices reduced, the highest percentage of asking price reductions in the same time frame, over five years. Still, a lot of that could have been house-sellers being overly optimistic with their initial pricing.

In terms of what will happen to Nottingham property values in the next 12 months, a lot will be contingent on the type of Brexit we have and the impact on the whole of the UK economy. A lot of people will talk about the Central London property market in the coming year, and if the banking and finance sectors are negatively affected with a poor Brexit deal, then the London market is likely to see more of an impact.

Nevertheless, the bottom line is Nottingham homeowners and Nottingham landlords should be aware of what happens in the roller coaster housing market of Central London, but not panic if prices do drop suddenly there in 2018. Over the last 8 years, the Central London property market has been in a world of its own (Central London house prices have grown by 89.6% in those last 8 years, whilst in Nottingham, they have only risen by 36.6%). So we might see a heavy correction in the Capital, whilst more locally, something a little more subdued.

Hindsight is always better than foresight and predicting anything economic is all well and good when you know what is around the corner. At least we have the Brexit divorce settlement sorted and, as the UK economy and the UK housing market are intertwined, it all depends on how we deal as a Country with the Brexit issue. However, we have been through the global financial crisis reasonably intact ...... I am sure we can get through this together as well?

Oh, and house prices in Nottingham over the next 12 months? I believe they will end up between 0.2% lower and 1.4% higher, although it will probably be a bumpy ride to get to those sorts of figures.

If you would like to read more articles on my thoughts on the Nottingham property Market – please visit my blog http://www.robinsestates.com/blog

Is Investing in Property Still a Good Option Today? 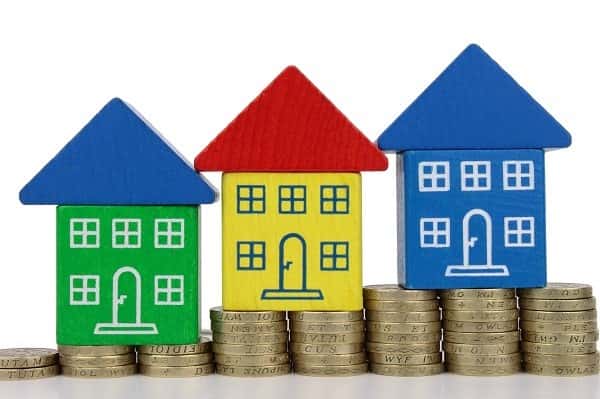 Is Investing in Property Still a Good Option Today?

You may have noticed that buy to let landlords haven’t been having a great time of it lately. Determined to curb the proliferation of such landlords in the UK and encourage more families and individuals to buy homes, the government has come up with a raft of measures aimed at pruning landlords’ profits.

And yes, many of these measures will cause pain to a lot of landlords. But they don’t have to. A little tweak of the strategy here and there and a chat with an accountant who specialises in property can do wonders for your bricks and mortar investments. What do we mean? Well read on…

Section 24 doesn’t have to be Draconian

Introduced this year Section 24 will cut back on how much residential landlords can claim on mortgage interest relief. Done on a sliding scale until it’s done away with completely in 2020, it means many landlords paying a higher rate of tax (40 per cent) will see their tax bills rocket (since they’ll be taxed on gross rather than net income).

One of the ways to mitigate this is to consider becoming a limited company, where you’ll be charged corporation tax and will be eligible to claim the mortgage relief expenses. Another is to consider dividing your profits between a spouse or business partner who pays tax in a lower bracket. Then again, remortgage and find a better deal now before the full tax implications kick in.

Why other (reluctant/accidental) landlords are leaving

Other grumbles about changes to the market include the introduction of a minimum EPC rating of E for new lets and renewals from April 1, 2018 (existing tenancies have until 2020) or a £4000 fine. This means landlords will have to invest thousands in making their rental properties compliant.

Other landlords have wondered about how their finances would look were mortgage interest rates to increase (although we don’t see this happening in the foreseeable future). Meanwhile the hike in Stamp Duty in 2015, resulting in a 3 per cent cost for all new buy to let properties didn’t help either.

Granted these are all viable concerns and for some landlords the excuse they needed to get out of the market (being a buy to let landlord comes with certain responsibilities, after all).

New investors though can be assured buy to let is still a viable investment opportunity. And here’s why:

To find out more about investing in buy to let, contact Robins Estates and speak to Angela on 0115 8240235

2016 – What A Challenging Year It Has Been For Landlords!

Not only have we had the political turmoil of Brexit, and recently a major change in direction for the US government, one which will undoubtedly affect the UK, good or bad, we’ve had unprecedented change in UK letting regulation.

“These measures will help to claim down on rogue landlords cramming tenants into unsafe and overcrowded homes, improving housing for thousands.”  Housing Minister Gavin Barwell.