Nottingham Buy to Let – Past, Present and Future

Nottingham Buy to Let – Past, Present and Future

Investing in a Nottingham buy to let property has become a very different sport over the last few years.

In the glory days of the five years after the turn of the Millennium, where we had double-digit house price growth, mortgage companies (notably Northern Rock, HBOS and their ilk) desperate to get on the buy to let mortgage bandwagon with rates so low it would make the belly of a snake seem high and an open mildness to give loans away with not so much more than a note from your Mum and with hardly any regulatory intervention… anyone could make money from investing in property – in fact it was easier to make money than fall off a log! Then we had the unexpected flourish of the property market, with the post credit crunch jump in the property market after 2010, when everything seemed rosy in the garden.

Yet, over the past five years, the thumbscrews on the buy to let market for British (and de facto) Nottingham investors have slowly turned with new barriers and challenges for buy to let investors. With the change in taxation rules on mortgage relief starting to bite plus a swathe of new rules and regulations for landlords and mortgage companies, it cannot be denied some Nottingham landlords are leaving the buy to let sector, whilst others are putting a pause on their portfolio expansion.

With the London centric newspapers talking about a massive reduction in house prices (mainly in Mayfair and Prime London – not little old Nottingham) together with the red-tape that Westminster just keeps adding to the burden of landlords’ profit, it’s no wonder it appears to be dome and gloom for Nottingham landlords … or is it?

One shouldn’t always believe what one reads in the newspaper. It’s true, investing in the Nottingham buy to let property market has become a very different ballgame in the last five years thanks to all the changes and a few are panicking and selling up.

Nottingham landlords can no longer presume to buy a property, sit on it and automatically make a profit

Nottingham landlords need to see their buy to let investments in these tremulous times in a different light. Before landlords kill their fatted calves (i.e. sell up) because values are, and pardon the metaphor, not growing beyond expectation (i.e. fattening up), let’s not forget that properties produce income in the form of rent and yield. The focus on Nottingham buy to let property in these times should be on maximising your rents and not being preoccupied with just house price growth.

Rents in Nottingham’s private rental sector increased by 3.82% in the past 12 months

Rents in Nottingham since 2008 have not kept up with inflation, it is cheaper today in REAL TERMS than it was 11 years ago and some landlords are beginning to realise that fact with our help.

Looking at the last few years, it can be seen that there is still a modest margin to increase rents to maximise your investment (and it can be seen some Nottingham landlords have already caught on), yet still protect your tenants by keeping the rents below those ‘real spending power terms’ of the 2008 levels.
Buy to let must be seen as a medium and long-term investment ….

Rents in Nottingham are 9.2% higher than they were 3 years ago and property values are 23.27% higher than Jan 2016
…and for the long term, even with the barriers and challenges that the Government is putting in your way – the future couldn’t be brighter if you know what you are doing.

Investment is the key word here… In the old days, anything with a front door and roof made money – yet now it doesn’t. Tenants will pay top dollar for the right property but in the right condition. Do you know where the hot spots are in Nottingham, whether demand is greater for 2 beds in Nottingham or 3 beds? Whether city centre apartments offer better ROI than terraced houses or semis? With all the regulations many Nottingham landlords are employing us to guide them by not only managing their properties, taking on the worries of property maintenance, the care of property and their tenants’ behaviour but also advising them on the future of their portfolio. We can give you specialist support (with ourselves or people we trust) on the future direction of the portfolio to meet your investment needs (by judging your circumstances and need between capital growth and yields), specialist finance and even put your property empire into a limited company.

If you are reading this and you know someone who is a Nottingham buy to let landlord, do them a favour and share this article with them – it could save them a lot of worry, heartache, money and time. 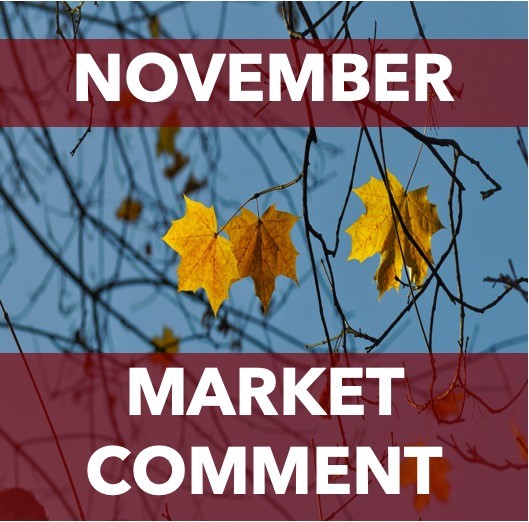 As the Brexit debacle continues to be drawn out, so the evenings are drawing in. Home, as a place of warmth and sanctuary, becomes particularly significant at this time of year. It is interesting to note that a recent survey by Jackson Stops found that 70% of homeowners are unphased in their moving decision by Brexit issues. As we have reported before – most people just want to get on with their life and are more influenced by personal circumstances than the national interest in “will we-won’t we?”. The media really does hype things up!

The factors that affect people’s ability to move remain strong

Unemployment - The Secret Driver of the Nottingham Property Market?

So one might ask, what does affect the property market locally? Well many things on the demand side include wages, job security, interest rates, availability of mortgages, confidence in the economy, inflation, speculative demand ... the list goes on. Yet as my blog readers will note, I like to delve deeper into the numbers and I have found an interesting correlation between unemployment and the number of properties sold (i.e. transactions). 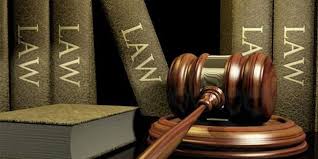 Are You Ready for 1st June 2019 With The Changes To Tenant Fees?

The Tenant Fees Act 2019 (‘the Act’) comes into force on 01 June 2019 and applies to England only.  The aim of the Act is to reduce the “hidden” costs that a tenant can face at the start of its tenancy.

Landlords and letting agents in England will now be prohibited from charging certain fees to a tenant and security deposits are to be capped.  Holding deposits are also to be capped and must be fully refunded within strict time frames except in limited circumstances.  Landlords and letting agents can face financial penalties for non-compliance and for repeat offences, they could be found guilty of a criminal offence.

Landlords or letting agents on their behalf, will not be able to evict a tenant using the section 21 eviction procedure to regain possession of their property until they have repaid any unlawfully charged fees or returned an unlawfully retained holding deposit.

This Act is part of the Government’s drive to make renting fairer and more affordable, improve transparency and affordability in England’s residential lettings market.

This Guidance summarises the key provisions of the Act; which payments can be charged to a tenant and which are prohibited, the treatment of holding and security deposits, which tenancies are affected and the penalties for non-compliance.

On The Rise New Builds In Nottingham

New Home Building in Nottingham 2018 rises to 38.1% above the post Millennium average

Nationally, the number of new homes created in 2018 was 222,194, the highest since 1989. Yet since 2002, the average number of properties built in the UK has only been 146,700 per year. You would think, seeing all the new homes sites around, you could ask are we building too many houses, especially off the back of those impressive 2018 build figures? However, to keep up with the ever-growing population, lifestyles and people living longer, official reports state the Country actually needs 240,000 new homes built every year to just stand still.

It is estimated, by the Chartered Institute of Housing, that the current national backlog of new homes required is in the order of 4.7 million (i.e. because of the bottled-up household formation by younger adults living with parents, shared housing and unaffordability). As a Country, we cannot meet all these needs immediately and it will take time to build up an effectual plan to address these issues.

Looking closer to home, you will also see from the graph below the long-term trend of new homes building (the yellow dotted line) has been going in a downward direction. Although, the 2018 new homes build stats for Nottingham are 38.1% above the post Millennium average.

The cure is simple: we need more homes… yet who is going to build (and pay) for them. Some Nottingham people will say why can’t the local authority build most of them?

In 2018, 1,393 new dwellings were created in the Nottingham Council area and of those 1,393; interestingly 278 were Council and Housing Association homes

So, if our local authority had a more ambitious annual target of say an additional 500 homes on top of those figures, where could they be built and how would they be paid for? Of course, there are the normal apprehensions about infrastructure issues such as roads, schools, hospital capacity and doctors’ surgeries but our local authority has a Local Plan and that has the locations of where they envisage the new housing will be built (and the infrastructure that goes with it).

The Tories lifted the cap on what local authorities could borrow to build Council houses in late 2018 meaning Councils could borrow more money to build more Council houses. Let’s say we built those 500 homes a year for the next 5 years in Nottingham, that would cost the local authority £375 million to build, which would produce in total £17.4 million in rent. At current interest rates, the interest would be £9.5m per year leaving a surplus of £7.9m for property maintenance and management – meaning the Council houses pay for themselves!

Therefore, what does all this mean for Nottingham homeowners and Nottingham buy-to-let landlords?

Well, the chances of our local authority getting the full funding for an extra 500 homes a year is slim as there is only so much money to borrow. If every UK local authority got funding for 500 additional homes a year for the next 5 years, an impressive 867,500 homes would be built in those 5 years but that would require the councils to borrow £130.1bn – and Central Government doesn’t have that kind of money for Councils to borrow (more like £10bn to £15bn).

The 4.7million long term housing shortage means house prices will remain strong in the long term (despite blips like Brexit etc). Demand for private rental properties will continue to grow and if you read my recent article on Nottingham rents, this can only be good news for Nottingham landlords. This attention on the housing crisis by the Government is good news for all Nottingham homeowners and Nottingham buy to let landlords, as it will encourage more fluidity in the market in the longer term, sharing the wealth and benefits of homeownership for all. However, in the short term, demand still outstrips supply for homes and that will mean continued upward pressures on rents for tenants and stability on house prices.

I hope this article gives you some reassurance in the buy to let market for Nottingham, coupled with the increase in the growth of the student’s population with a high percentage of them remaining in the City after their studies. The demand is still outstripping the supply of good quality housing.

Stats from Office of National Stats except CIH